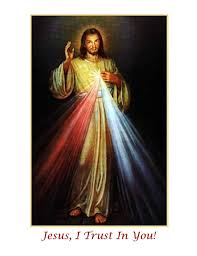 Our wonderful Dad, brother, uncle, and friend was taken by the Lord unexpectedly quick from all of us.

He is known by his many names. His parents called him Frisco Ona. He was called Toben by his nieces/nephews (a shorthand for “Tito” or uncle). He was Papa to my sister, me, and brother. He is Sweetheart to his loving wife Norma. He is known to the world mostly as “Joy” Ona because he made everyone laugh whenever he went. With his high antics and comic timing, he made everyone around him comfortable. Nobody can escape his sense of humor sometimes to the point of being labeled “baduy” and “maginoo pero medyo bastos”.

“Joy” was Born the 9th out of 10 children to Regina Landicho and Magdaleno Ona on October 8, 1947. He grew up in the town of Calamba, Laguna in the Philippines where he graduated in LCBA. He finished his mechanical engineering studies at Manuel L Q University. He didn’t pursue his engineering career but instead decided to help manage the family business/estate. 1972 was the year he met Norma Faunlagui. After a whirlwind courtship, bewitched by her beauty, he married the love of his life on January 5, 1975. “Joy” became an amazing father to his three children. He became one of the founders of the Pugad Lawin organization. He ran for councilman of the city, lost twice, and won once. He was a minister and active member of the local parish.

Coming to the U.S he carried his sense of humor. To the chagrin of this writer, he even changed his name to Walton R. Gates (in honor of Sam Walton and Bill Gates). He argued that if he can’t be a billionaire in life at least he can be a billionaire literally in name. He enjoyed working and continued to do so even during the last week of his life. He spent his free time with his grandkids and enjoyed every minute of it.

Frisco “Joy” Ona/ Walton Gates is survived by his wife of 46 years Norma and his children, daughter Mariel Quiatchon with Husband Edgardo Quiatchon and son Matthew Ona. He is also survived by his grandchildren Trinity, Eliana , Spencer and Nathaniel.

To send flowers to the family or plant a tree in memory of Walton R Gates, please visit our floral store.