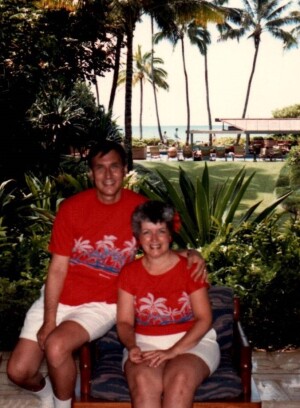 Stephen Miller passed away peacefully on September 16, 2022 at the age of 82.  He was born Stephen Alexander Miller, Jr. to Stephen & Sophia Miller on April 22, 1940 in Fords, NJ.  Following his marriage to Carol Julia (Schmidt) Miller on January 8, 1960, he moved to Wickatunk, NJ for four years.  After designing & building their dream two story Dutch Colonial house, with the assistance of their fathers, Steve & Carol moved to Colonia in 1966, residing there for over 50 years.

He was a communicant of St. Cecelia Church in Iselin for his entire adult life.

Steve was a graduate of Woodbridge High School Class of 1957.  Afterwards, he earned a Bachelor of Science of Commerce degree at Rider College in 1961.  Following graduation, he was employed as an accountant through the years by General Motors, Ortho, Nielsen Industries, Margaretten Mortgage Company (Assistant Comptroller), Commonwealth Mortgage Corporation (Regional Comptroller/Vice President) & Rutgers University, until his retirement in 2013.

For several years, Steve managed many of his eldest son's baseball teams in the Merrill Park baseball league, with the ultimate highlight of his Woodbridge Oldsmobile little league team earning the championship in 1972.

Steve was a member of the Tau Kappa Epsilon Fraternity, where his future wife, Carol, was the Sweetheart of the Fraternity at Rider College in 1960-1961. He also was a member of the Garden State Cat Club of NJ for the past 29 years, having served twice as the Show Treasurer for their Morris and Essex Cat Shows, as well as working at the admission table, show setup, teardown at their annual Garden State Cat Shows.

During his leisure time, Steve loved to attend college football and basketball games at the University of Maryland campus.  Additionally, he enjoyed traveling to Brimfield, MA, to attend their annual outdoor antique shows, as well as take family vacations to Walt Disney World & Hawaii, and romantic cruises with his wife to Bermuda.

Steve is predeceased by his mother, Sophia, his father, Stephen, and his wife, Carol.  He is survived by his sons, Stephen III & his wife Carol of Haymarket, VA; son Jeffrey of Colonia; his sister-in-law Marge Schmidt of Somerset and his grandchildren Stephen IV & Diana of Haymarket, VA.  An avid animal lover, Steve is also predeceased by many furry family members: a Scottish Terrier dog Macs; an Applehead Siamese cat Bombay; two Old English Sheepdogs, Waldo & Rupert; a Birman cat Babu and a Maine Coon cat Moonshine.

Family and friends are invited to attend a visitation on Saturday, September 24th, from 10:45AM -12:45PM at Gosselin Funeral Home, 660 New Dover Road, Edison, followed by a 1:30PM prayer service. Entombment at St. Gertrude’s Cemetery.

In lieu of flowers, memorial donations may be made to the Garden State Cat Club of New Jersey, Inc.
(293 Landing Road, Newport, NJ 08345) or to St. Jude Children's Research Hospital.

To send flowers to the family or plant a tree in memory of Stephen A Miller, please visit our floral store.

A Memorial Tree was planted for Stephen

Join in honoring their life - plant a memorial tree