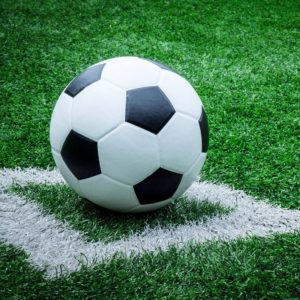 Sidney William Kairawala peacefully joined our Lord and Savior on January 13, 2022, at the age of 80.
He passed away at his residence in Bushkill, Pennsylvania and is now in the glory of Heaven with his
loving parents, Ellen and William Kairawala, and elder sister, Violet Satvedi (1999), and sister-in-law Joyce.

Sidney was born in Ahmedabad, India on September 13, 1941. He lived with his parents and siblings in
Khanpur and attended New Education High School. Thereafter, he completed his apprenticeship at CN
Polytech and went on to obtain his Mechanical Engineering diploma in Bhavnagar, India. Following
graduation, Sidney started his engineering career. It was during this time that he married his wife,
Suhasini on October 26, 1967 and shifted to Maningar, where they had two beautiful children, Carolina and Ankur.

In India, he worked in prominent companies like Indiquip Engineering and Calama Pumps where he
held a managerial position. Sidney was also an active member of Sion Nagar Church and generously
provided support through numerous charitable works and donations. He upheld a strong Christian faith
through his devotion and humble nature.

During his time in India, he was very fond of animals, especially their dogs, Rocky and Shepard. Also,
Sidney raised chickens and enjoyed his time gardening. The air surrounding his family’s home as it was constantly filled with the scent of roses and jasmines.

In 1982, Sidney immigrated to the United States of America to provide better opportunities for his
family’s future. Within one year, his wife, daughter, and son were able to unite with him and they
settled in Elizabeth, New Jersey. It was then that he continued his career as a mechanical engineer for
an aerospace company which made landing gear for airplanes.

Throughout his professional career, Sidney also ventured into the entrepreneurial world with opening a
gift store called The Cardboard. With the help from his family, his store ran from 1984 until he sold it 6
years later. He eventually settled in a home in Somerset, NJ in 1992. In the years following, Sidney
went into the Christian book store business with opening Praise Bible & Gifts for the next 3 years. He cared deeply for helping people which he demonstrated through his actions of selflessly giving his time for others.
Sidney’s lifestyle was active and joyful. He lived out his life through his love for gardening, watching
soccer, playing carrom,  listening to music and socializing. He loved to share anecdotes about his life with friends and
family. Traveling was also a great interest of his that he enjoyed with family and friends as they
ventured to many national parks and historical locations around the world, such as the Holy Land.
At the age of 70, Sidney was diagnosed with Parkinson’s disease. He battled the progression of this
condition for 10 years and remained within the care of his immediate family. Despite his physical
limitations, Sidney stayed mentally agile with Sudoku puzzles, watching T.V. shows, listening to prayer
meetings and songs and loving visits from family members.

Sidney is survived by his devoted wife Suhasini of 54 years, daughter Carolina and son-in-law Peter, son
Ankur and daughter-in-law Sheetal, sister Juliet and brother Arnold, four loving grandchildren
Christina, Zachary, Jonah and Breanna and many other family members and friends who will miss him
dearly. Memories of Sidney’s love, generosity, warmth, kindness, and hard work are the venerable traits
that we bring forward with us as we remember him.

We love you and we miss you, Sidu.

Masks are mandatory at the visitation (Gosselin Funeral Home).
In lieu of flowers, the family requests a donation to be made to the Parkinson's Foundation.

A celebration of life will take place at a future date.