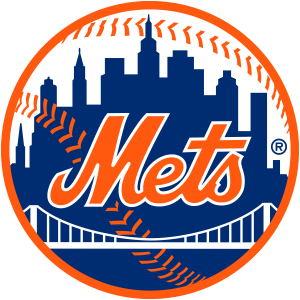 Robert “Red” Cullum passed away peacefully in his home surrounded by his children Carolyn and Robert on May 29, 2022.

He has gone on to be with his wife Sylvia and our heavenly Father. He is also joined in Heaven with his twin sister Betty Colvin, his sister Helen Graham, Clair Willis and his stepbrother's Larry and Leo Gillipse.

He leaves behind to join him later his sister, Georgia Lee Osborne; his children; Carolyn and Robert Cullum; his daughter-in-law Cathy; his grandchildren; Stacy Emrich and her husband Mark and Katy Rooney and her partner Brian; step grand son Robert Wolf; his great grandchildren; Sean and Andrew Rooney, and Theresa and Matthew Emrich and his step-great -grandchildren Sean and Brittany Roloff.

Robert, known as “Red” or “Bob” was a hard worker working for General Motors in Linden, NJ for over 40 years, in addition to working with his wife at Morgan Lumber Company in Morgan, NJ and a third job at the Sunoco Gas Station in Colonia, N.J. among other smaller jobs to support his family and put his children through college.

He was generous with his resources and his time helping family, friends and neighbors in any of their difficult times.  Bob coached Woodbridge Little League for many years, even picking up children whose parents didn’t have time or resources for their boys to get to the games.  He ran concessions stands for the team games and even umpired girl’s softball for his granddaughter, Stacy’s league when needed.  He also played Men’s Softball himself for the General Motor’s League and VFW Post 209.  Those games included hilarious donkey softball games and visiting the Rahway Prison in NJ to play against the inmates there.

In addition to ball games (BIG Mets fan)  Bob was an avid bowler.  He bowled for the General Motors bowling league and other leagues including parent/child leagues where he taught his children, Carolyn and Bob, to grow up to be bowlers too.

Robert had a full and productive life with a loving family and many neighbors and friends in New Jersey and he will be missed.

To send flowers to the family or plant a tree in memory of Robert H Cullum, please visit our floral store.

A Memorial Tree was planted for Robert

Join in honoring their life - plant a memorial tree