Share a memory
Obituary & Services
Tribute Wall
Read more about the life story of Richard (Dick) and share your memory.

Richard (Dick) Young died peacefully on October 31, 2022, surrounded by his loving family.  He was 93 years old.

He was born in 1929 and raised in Tamaqua, PA. He graduated from Tamaqua High School and matriculated to East Stroudsburg Teaching College where he earned a Bachelor of Science Degree. After graduation he enlisted in the United States Army and served two years during the Korean War. Upon his discharge he attended Temple University where he received his master’s degree. For the next six months he worked on the railroad.

Dick began his career in Education as an English teacher at Abraham Clark High School in Roselle, NJ. During his teaching years he also served as Chairman of the English Department. He was Assistant Principal of the Roselle Summer School for 5 years and later Principal for 10 years.

While at Abraham Clark High School, and ever the sports enthusiast, Dick’s career in athletics began as the Junior Varsity Football and Basketball coach. Later, he was appointed Varsity Basketball Coach for 13 years. He compiled a winning record of 265-63 and guided his teams to three Union County Championships and 6 State Championships. Dick was named “Coach of the Year” by the Star Ledger and the NY Daily News. While coaching he served as President of the Union County Interscholastic Athletic Conference.

Dick ended his career in Education at Abraham Clark High School as Vice Principal for five years.  He retired in 1999 after serving 35 years.

Upon retirement Dick enjoyed rooting for the Oakland Athletics having been a fan since 1935 when they were the Philadelphia Athletics.  Having enjoyed travel, Dick and his wife drove to the West Coast 7 times, visited 49 American States, many National Parks, and numerous natural wonders and historic sites along the way.

Dick is survived by his loving wife Marie of 46 years, his two loving daughters, Susan Seib and her husband Scott of Westfield, NJ and Sally Beaton and her husband Allan of Annandale, NJ, five granddaughters Nicole Castellano and her husband John, Kathryn Seib, Kelly Seib, Samantha McGoldrick and her husband Brendan, and Shannon McGill, three Great-Grandchildren Owen, Madelyn and Evan, a brother Donald Young of Hazelton, PA and a sister-in-law Jean Ventrone of Raritan, NJ. He is predeceased by his sister, June Eisley and his nephew William Eisley both of Wilmington, DE.

To send flowers to the family or plant a tree in memory of Richard (Dick) C Young, please visit our floral store. 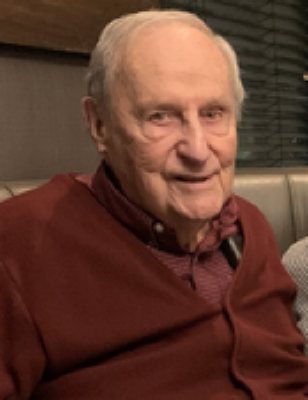