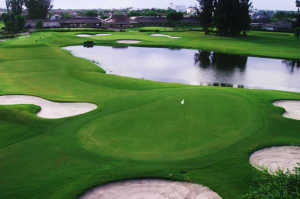 It is with great sadness that we announce the passing of Richard S. Gonzalez at the age of 72. Richard passed away peacefully on Friday, October 16, 2020.

Rick, as he preferred to be called, was born to parents Adolph and Pauline in Elizabeth, NJ, before moving to Colonia. Rick was a quarterback for the Woodbridge Barrons Football Team and graduated Woodbridge High School in 1966. He then went on to play football at the University of Wyoming.

Rick was an employee of Merck for 31 years. He began his employment in Rahway, NJ, in July of 1979 as a Union Custodian. During his career, Rick also held the positions of Chemical Operator and Electrician. As he furthered his education, Rick became a Senior Performance Consultant at Merck, providing expertise in team development, organization, and teambuilding initiatives as well as personal coaching, change management and execution.

Rick was a devoted NY Giants fan and loved attending games and tailgating, a passion he shared with his daughter. He was an avid hunter and fisherman and loved passing his knowledge of both onto his son.

Rick retired from Merck in 2010 and moved to Calabash, NC, with his wife Vicki where they enjoyed playing golf, entertaining family and friends and were greatly involved with Brunswick Animal Shelter.

Survived by Rick are his children Michael and Carrie Gonzalez, and three stepchildren, Heather Garatty, Chadd Groff, and Kelsey DiVittorio all for whom he loved with all his heart. He was a devoted husband to his wife Vicki, and the best brother and brother-in-law to his sisters Linda and the late Laszlo Pataki, Donna and Sal LoBue, Harold and Debbie Abbott, Lois and Ronald VanScoten and Melissa Abbott. Rick was the Grandfather to 6 Grandchildren with a 7th on the way in January, and a Great Grandfather. Rick also cherished the relationships he had with his nieces and nephews and the wonderful memories they made.

Funeral services will be private.

To send flowers to the family or plant a tree in memory of Richard S Gonzalez, please visit our floral store.

You can still show your support by sending flowers directly to the family, or by planting a memorial tree in the memory of Richard S Gonzalez
Share a memory
© 2020 Gosselin Funeral Home. All Rights Reserved. Funeral Home website by CFS & TA | Terms of Use | Privacy Policy