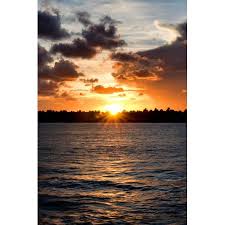 Ray was a kind individual and respectful to those he encountered. He was 45 years young and the amount of people he touched and made marks on were all stories that were unforgettable and made you cherish that memory you had with him.

Ray also had a few alias for many who knew him growing up he was known as “Ray Ray”, Joanie’s son who would watch his mother work at Magilone’s ice in Iselin. His biggest partner in crime was his mother.  The bond between the two was inseparable; when it came to his mother he loved her more than anything He knew mother did everything a single mother could do to make sure her son was well provided and he always appreciated her for that till the day he left. Some may even know him as Raymond especially when he was in trouble which in his younger days was quite a number.

Ray was the biggest pool shark in town. He could make a match to anyone and he would win the game whether it is 8 or 9 Ball. Ray was a jack of all traits.  One in particular was he had the talk of gab and he could talk his way into anything even much so he could have been a car salesman. His carpenters’ skill started as a young teen that would help his family and later have skills to build a career. Ray was loved by so many family members and so many friends that were from almost every state. There wasn’t too many who hasn’t heard of Ray Locacio.

He was loved by so many. He had many demons but the one thing he had was a huge heart. He had seen the good in those who were troubled, in which sometimes lead him into harm’s way. He had a laugh and smile that could light up a room. Ray loved football. The New York Jets were his favorite he was a dedicated fan, even when they weren’t doing well he didn’t give up on them.  Ray grew up with following in his late grandfather Louis Locacio’s footsteps and followed his passion in Roofing also known as “Locacio Roofing”. He would go around doing side jobs, when there was a way to fix something he was determined to fix it even if he had made it worse.

Ray had so many favorite foods but his favorite, to eat it was his late night snack of cereal and milk which started as kid. Ray loved his siblings and tried to be the best he could and always hoped to make it grow stronger even when he couldn’t show it. He was extremely proud of his son and his services so much he couldn’t believe he had him as his son. He loved his son more than words or actions could ever show.  He left behind his wife of 9 years and their fur babies Katareena and Buddy, who loved him for who he was no matter what. There is so much to say of Ray Locacio, the hardest to say is goodbye. Rest easy watch over us you are with the angels now.

Lord God,
you are attentive to the voice
of our pleading.
Let us find in your Son
comfort in our sadness,
certainty in our doubt,
and courage to live through this hour.
Make our faith strong
through Christ our Lord.
Amen.

To send flowers to the family or plant a tree in memory of Ray Locacio, please visit our floral store.

You can still show your support by sending flowers directly to the family, or by planting a memorial tree in the memory of Ray Locacio
Share a memory
© 2020 Gosselin Funeral Home. All Rights Reserved. Funeral Home website by CFS & TA | Terms of Use | Privacy Policy