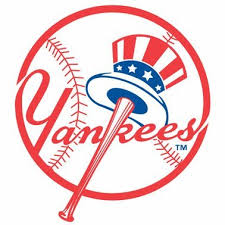 Michael was born on February 14th, 1961 in Queens, New York to the late Edward and Joan (Griffing) Keenan. He resided in Queens until his family relocated to Middlesex, New Jersey in 1985, where he spent the rest of his days.

An avid musician, Michael taught himself how to play guitar at a young age, and this remained a lifelong passion of his. He was a huge fan of The Beatles and Led Zeppelin and would spend many hours perfecting their songs on guitar. Michael shared his love of guitar with his niece, Alexandra, who he taught to play at a young age.
A talented chef, Michael completed culinary school on the Dean’s List. He enjoyed trying new recipes and found solace in making home-cooked meals for his family whenever possible.

A hard worker, Michael had a successful 30 year career with Continental Airlines, where he had many duties, including working as a Ramp Agent. Because of this job, Michael was able to fly all over the world to watch his favorite bands perform live. In his travels, Michael had many incredible experiences, including following in the Beatles footsteps by walking across the infamous Abbey Road in North West London.

Michael was preceded in death by his parents Edward and Joan Keenan, and his beloved childhood dog, Misty.
Surviving are his loving brothers, Kevin Keenan of Edison; Patrick Keenan and his wife, Jane, of Middlesex; and his beloved nieces, Alexandra and Haley Kyllonen, also of Middlesex, and many dear friends.

A celebration of Michael’s life will take place on Monday, March 1st, 2021 from 6-8 PM at Gosselin Funeral Home, located at 660 New Dover Rd., Edison NJ for family and friends who would like to attend.

To send flowers to the family or plant a tree in memory of Michael Keenan, please visit our floral store.