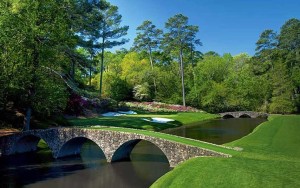 Jack graduated from Saint Peter’s Boys High School in Staten Island in 1952 and then from Seton Hall University in 1958. Jack served his country in the United States Army Reserve from 1958 – 1964.

Jack spent most of his career with Hansome Energy Systems in Linden, NJ, retiring in 2010. Jack was an active member of The Father’s Club at Saint Thomas Aquinas High School, where all three of his sons attended, serving as President from 1980 – 1982. During Jack’s tenure, he led the procurement and installation of permanent lights on the main athletic field and the construction of the snack stand, as well. Jack was also a life-time member of Knights of Columbus Council 3639 in Iselin and served as Membership Director for several years. Jack served on the Executive Committee of the Saint Cecilia’s Golden Knights Football Program for several years and a devoted parishioner at Saint Cecelia’s Roman Catholic Church since 1967.

Visitation will take place on Tuesday April 6, 2021 from 4PM-8PM at The Gosselin Funeral Home at 660 New Dover Road Edison, NJ. Funeral services will be held on Wednesday April 7th at 9AM at the Gosselin Funeral Home. A mass of Christian Burial will take place at 10AM at St. Cecelia's RC Church at 1 Vernam Street in Iselin. Burial to follow at St. Gertrude Cemetery, Colonia.

In lieu of flowers, the family request donations in his loving memory to: Disabled Americans Veterans, dav.org, or the charity of your choice.

Condolences to the family may be sent to GosselinFuneralHome@hotmail.com.

To send flowers to the family or plant a tree in memory of John Charles Roarty, please visit our floral store.