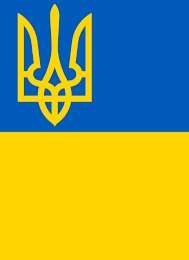 George Drebych passed away peacefully on Monday, April 19th, 2021 at the NJ State Fireman’s Home in Boonton, NJ. George is predeceased by his parents, Michael and Luba Drebycz, a sister Oksana, and his faithful wife of 59 years, Christine. He is survived by his brother, Michael T. Drebycz and his wife Olena, his sons; Andrew and wife JoAnn (née Kadien); Christopher and his wife Susan (née Magee). Also surviving him are his beloved granddaughters; Erin, Devin, Diana and Alexandra. A beloved nephew, Daniel Drebycz as well as many other nieces and nephews, great nieces and nephews. Born in Brody, Ukraine. Growing up in World War II Europe, he and his family, wound up in a Displaced Persons Camp in Aschaffenburg, Germany. In 1949, he immigrated to America. Even though he was a proud Ukrainian by birth, he was an equally proud naturalized American, and incredibly grateful for the privilege of American citizenry. He lived in Manhattan, NYC, then eventually moving to the Bronx. After meeting and marrying his wife Christine, he moved to Hillside, NJ. In 1964, he became the first Superintendent of the Bayberry Apartments and Riverview Apartments in Scotch Plains and Clark, NJ, respectively. In 1982, he became a custodian/boiler operator for Scotch Plains-Fanwood Board of Education, for whom he was employed by until his retirement in 2009. George was an active member of Scotch Plains Fire Department from 1964 to 1978, where he was elected to a term as President of Company #2 and earned his Exempt Fire Fighter certificate. He was a member of the Clark Elks, Lodge #2327 and earned Elk of the Year. He was a member of; the Ukrainian Congress Committee of America, the Ukrainian Festival at the Garden State Arts Center, and the Ukrainian Community Center in Irvington, NJ, and numerous other Ukrainian fraternal activities. He was a dedicated parish member of St. John the Baptist Ukrainian Catholic Church in Newark, NJ. He was an avid numismatist, philatelist and calligrapher. His family would like to take this opportunity to thank the staff at the NJ State Fireman’s Home for their expert care and comfortable accommodations for George.

In lieu of flowers, the family requests that donations be made to either: St. John the Baptist Ukrainian Catholic Church, 719 Sanford Avenue, Newark, NJ or the NJ State Firemen’s Home, 565 Lathrop Avenue, Boonton, NJ.

To send flowers to the family or plant a tree in memory of George Drebych, please visit our floral store.