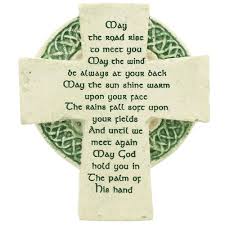 Forever in our hearts and in our minds. We will know how much her life has meant to us and how much her death has taught us.” - Erin O’Halloran

Erin Margaret O’Halloran (nee Russell), 57, of Colonia, New Jersey, and a former resident of Jersey City, passed away on Wednesday, April 15, 2020 after a brave fight with Angiosarcoma.

Erin was born in Jersey City, N.J. where she attended Saint Aloysius Elementary and High School and played tennis, swam, and was a cheerleader. She later graduated from Montclair State College.

Erin married John O’Halloran, her “husband, her lifeline, her soulmate, her everything” in 1986. Together they raised their daughters Emily (28) and Molly (24). Erin was a proud wife and mother, and a practicing parishioner of Saint John Vianney Roman Catholic Church in Colonia.

Erin was a 2nd grade teacher at Saint John Vianney School in Colonia for 20 years where her students became her other children and the community became her second family. Prior to Saint John Vianney, Erin worked as Physical Education teacher in Jersey City at Number 6 School and Saint Mary’s High School.

In her 57 years of life, Erin never met a person she couldn’t talk to. She enjoyed socializing and making people laugh. She enjoyed many summers with friends at Springwood Swim Club in Colonia, NJ. She also enjoyed the many hours spent on the sideline of soccer games and swim meets where she met her dearest friends.

Erin was predeceased by her parents Margaret Mary Monaghan Russell and Thomas Herbert Russell; and her sister-in-law Maureen (Moe) Donnelly.

She is survived by her devoted husband, John O’Halloran, and her daughters, Emily and Molly O’Halloran; her siblings and their spouses Stephen and Mary Russell, Elizabeth and Richard Apicella, Kathryn and Francis O’Connor, and Megan and Chris Wishart; her in-laws Patricia and Glen Hickey, Joseph O’Halloran, and Timothy and Maureen O’Halloran; her 26 nieces and nephews and their spouses; her several great nieces and nephews; her aunts and uncles Jack and Dolores Russell, Kay and Phil Clites, Mary Monaghan, Jeanne Monaghan, and Eilleen and Herb Rink; her 24 cousins, their spouses, and their children; and the countless friends, coworkers, and former students who she considered family.

Erin’s kind soul, friendly smile, quick wit and love of laughter will be missed by all those whose lives she touched.

Due to the COVID-19 Pandemic there will be no wake or funeral at this time. A Memorial Mass will be held at Saint John Vianney Church in Colonia at a later date.

In lieu of flowers, the family requests donations to the Saint John Vianney School in Colonia, NJ, in Erin O’Halloran’s memory. https://school.sjvianney.com/donations

To send flowers to the family or plant a tree in memory of Erin O'Halloran, please visit our floral store.

You can still show your support by sending flowers directly to the family, or by planting a memorial tree in the memory of Erin O'Halloran