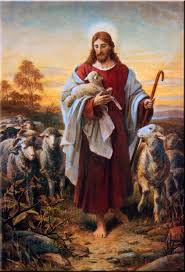 Donald Maehl passed away on Tuesday September 1, 2020 at Brighton Gardens of Edison, New Jersey at the age of 93. He was born in Brooklyn New York and resided in Summit NJ, Califon NJ, Langhorne PA, and Somerset, NJ.

Don graduated from Boys High School in Brooklyn at age 15 and began work in the insurance industry. At age 18 he entered the army and served as part of the 1st Cavalry, stationed in The Philippines and Japan during World War II. Following his military service, he resumed work and was employed by the Fireman’s, Continental, and Kemper Insurance companies. His work with the Kemper Insurance company brought him to Summit, NJ where he raised his family. In 1977 he changed careers and began work for The Evangelical Lutheran Church of America in New York City. After retiring from the ELCA in 1988, Don was elected to the Board of Directors of the Mission Resource Institute where he served with devotion until 2002.

In the summer of 1950, after three weeks of dating, Ruth Bammann accepted his second proposal of marriage. They were married in June of 1951 and were deeply devoted to one another through 55 years of marriage. He nursed Ruth through an illness that began in 2001 until her death in 2006.

Don was a member of St. John’s Lutheran Church in Summit, New Jersey where he served as a Deacon and Sunday school teacher, and also served on various standing committees and ad-hoc committees. He also relished teaching at night at the College of Insurance in New York City.

Collecting and restoring antique clocks was a hobby of Don’s throughout his life. Don was member of the National Association of Watch and Clock Collectors and held several leadership roles for the New Jersey Chapter #25 including President.

He was predeceased by his wife Ruth and his daughters Susan Maehl (1960) and Jane Shuster (2019).

Graveside services will be private.

At Donald’s request, memorial gifts may be sent to the First Lutheran Church of Waltham, 6 Eddy Street, Waltham, MA 02453.

To send flowers to the family or plant a tree in memory of Donald Kenneth Maehl, please visit our floral store.