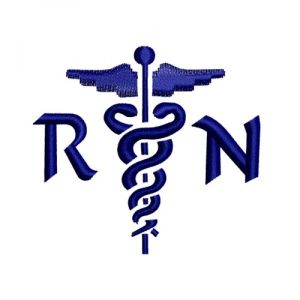 Angela Marie Lupiano DeCillis, daughter of Vincent and Virginia (Vinnie and Ginny), and beloved wife of Matthew DeCillis, was born on July 6, 1977 in Belleville, NJ.

Angela was an athlete her whole life and had a passion for sports; she enjoyed playing softball and soccer, as well as coaching her girls' recreational soccer team, watching Shelby's softball tournaments and watching Veronica, Vanessa, and Shelby play soccer, while being the loudest one in the bleachers. She also loved spending her days cheering on her favorite teams, the NY Giants, Yankees, and Rangers. She had a love for cars, specifically Mustangs and especially her own 2021 Mustang Mach 1.

Angela attended Colonia Public Schools in Woodbridge Township. Angela began her nursing career at The Muhlenberg School of Nursing and earned her diploma in 1999. She went on to attend Kean University where she earned her BSN in 2002 and her Master's of Science in Nursing (MSN) in 2009. Angela furthered her education, receiving her Doctorate of Nursing Practice (Leadership Track) from Rutgers University, Newark in 2015. Angela's true passion was to mentor and educate new nurses and her most recent position was Director of Patient Access, Oncology Service Line at Rutgers and RWJ Barnabas Health.

Angela was predeceased by her brother Vinnie in 2016 and her brother-in-law Nick in 2005.   She is survived by Matthew, her loving husband of over 20 years and her four beautiful daughters, Veronica, Vanessa, Shelby, and Madalyn; her parents, Vinnie and Ginny, her brother Al and his wife Michele, sister Andrea, sister-in-law, Juliann and her husband David. Also, survived by many nieces and nephews, Nick, Marisa, Bella, Vincent, Nicholas, Susie, Dana, Jaclyn, Leann, David, Luke, Ryder, and Nicholas.

To send flowers to the family or plant a tree in memory of Angela M DeCillis, please visit our floral store.