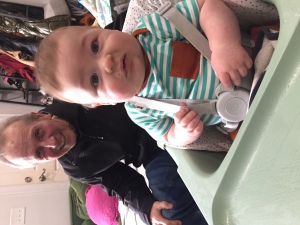 Alexander “Mike” Roman, 72, of Colonia, NJ, passed away peacefully on May 6, 2022 at JFK Medical Center in Edison surrounded by his family. Known as Mike to many, he was born in
Elizabeth, NJ and resided in Elizabeth and Linden until his marriage in 1976 when he moved to Colonia. Mike was an accomplished drummer and played in his father’s band, the Al Roman
Group, until 1994. He received his undergraduate degree from Newark State College (now Kean) and his Master’s Degree from Trenton State College (now TCNJ).

Mike began his career as a teacher of Industrial Arts at North Plainfield High School in 1973 and eventually became a supervisor and ultimately a principal at East End Elementary
School, also in North Plainfield. He retired in April of 2008. He is survived by his beloved wife of almost 46 years, Elaine, his high school sweetheart, his beloved sons and their wives, Michael and Lauren of Jersey City, Jeffrey and Rachel of Hillsborough, a grandson, Harry Hudson, and his brother, Fred and Debi Roman, of Linden.

Funeral services will begin at 9:30 a.m., Wednesday, May 11, at the funeral home, followed by a funeral mass at St. John Vianney Church, 420 Inman Avenue, Colonia, with entombment in St. Gertrude Cemetery, Colonia.

In lieu of flowers, donations may be sent to St. Hubert’s Animal Welfare Center in Madison, NJ, the ASPCA, or the Associated Humane Societies in Newark. Mike loved all animals, especially his cat, “Puss”, who he rescued many years ago.

To send flowers to the family or plant a tree in memory of Alexander Michael Roman, please visit our floral store.