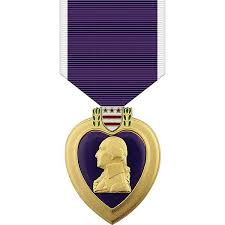 John C Racano of Colonia died Tuesday January 7, 2020 at home surrounded by his loving family. Born in Newark he later resided in East Orange. After marrying his beloved wife, Helen, in 1949, they moved to Newark before residing in Colonia since 1956. They were blessed with 62 years of marriage.

John proudly served our country in the Army during World War ll from 1944 to 1946 where he was the recipient of the Purple Heart, the Bronze Star and the Distinguished Service Medal.

John was employed as a Treasury Agent for the Internal Revenue Service in Newark before retiring in 1980. In retirement, he volunteered as a tax counselor for the elderly in Woodbridge Township. John had been an avid bowler with the Old Guard of Westfield. Previously, a member of St. John Vianney’s Knights of Columbus in Colonia, he currently was a parishioner of St Helen’s R.C. Church in Westfield.

John was predeceased by his wife Helen, 2011 and his siblings: Elena, Jean, Gerald, James, Michael, and Louis. Surviving are his son John R. Racano and his daughter Celeste Racano, both of Colonia. Visitation is Sunday January 12, 2020 from 3:00pm to 7:00pm at the Gosselin Funeral Home 660 New Dover Road, Edison. Funeral Services Monday January 13, 2020 at 9:00am at the funeral home followed by a 10:15 am Mass at St Helen’s RC Church Westfield. Interment St Gertrude Cemetery, Colonia.