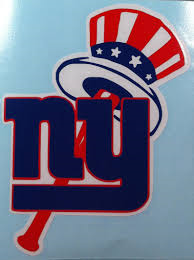 Al was born in Jersey City, NJ, to Alfred Fletcher and Yolanda, and grew up in Old Bridge, NJ, with his three siblings, Tommy, Donna and Diane, raised by his mother, Yolanda Cerracchio, and father, Thomas DeMaio.  He graduated from Matawan Regional H.S. and worked in construction until proudly serving in the U.S. Army in Vietnam from 1967 to 1969.  After his Army service, he served in law enforcement and then worked as a sheet metal worker in New York City for NAB for well over 20 years, including construction projects such as the sheet metal lettering on the original Giants stadium and the ornamental copper work on the tops of the 59th Street and Williamsburg bridges.

Al was guided by a keen sense of duty – to community, to country, to family and to friends.  Consequently, he was never at a shortage of family and friends that loved him surrounding him.  Al was an avid New York Yankees baseball fan and New York Giants football fan.  He loved good food, gardening, martinis, politics, Civil War history, giving directions (even if you already knew the way), cigars, a good construction project, and talking and telling stories, and he would tell them for as long as you would let him.

Al is survived by his wife, Jean, who he married in 2003, and his three siblings, Tommy DeMaio (and Honoria), Donna Kelly (and Michael) and Diane Stevens.

Al is survived by five children and four step-children and their families, all who he loved dearly and who all loved him dearly, Genine James, Cheryl Malason (and Tom), Tim Daly (and Lisa), Matthew Fletcher and Marc Fletcher (and Ali), and Theresa Fuentes (and Lennie), John Fuentes (and Becky), Mark Fuentes (and Rebecca) and Darren Fuentes (and Diane).

Al is also survived by fifteen grandchildren and three great-grandchildren, to whom he is lovingly known as Grandpa or Poppi.

Al would be pleased with any donations made in lieu of flowers to the St. Jude charitable organization (at www.stjude.org) or for programs that benefit wounded veterans or veterans that have suffered PTSD.